Difference Between Intel Core i3, i5 and i7 Processor 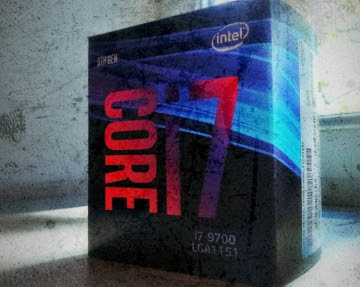 Difference Between Intel Core i3, i5 and i7 Processor - I love Intel as much as anyone, they make cool products they engage in lots of community stuff. But men when it comes to confusing product naming schemes. I think core i3 Core i5 core i7 takes the cake. I mean great question what is a core i7 4790k? what does all of this even mean, we'll get to that but first a bit of background about why we need product names for processors. Wouldn't it be simpler to just label them with how many gigahertz they run that and call it a day.

Simpler sort of but at times actually even more confusing, for example when the Pentium 4 launched an equivalently clocked Pentium 3 was actually faster because it could do more work with each cycle. As a customer, I would expect the product with the higher number to be the better one and therein lies the problem.

not all megahertz and gigahertz are created equal and rating products that way is about like reading the performance of a car based on what RPM the engine runs at, it's not actually a real indication of how fast the processor is. But it happened, now one of AMD's attempts to move away from this started in the early 2000s with their PR or performance rating naming scheme. Where their processors were given a four-digit model number that enthusiasts believe was based on the performance and he felt that they delivered compared to an Intel CPU of that clock speed.

But this fixed nothing, they were still indirectly naming according to clock speed and it wasn't until Intel introduced the core series a line of CPUs that dramatically outperformed their predecessors at much lower clocks that the megahertz war ended because Intel needed to shift their marketing away from frequency.

So here's what we have today other than the very bare-bones Pentium SKUs a core i3 will be your most basic option with two processing cores and hyper threading more about this feature here for better multitasking, it will have a smaller cache it'll consume less power it will generally perform a worse than a Core i5 but it'll cost less which leads us to the core i5.

I wish I could say it was as simple as well core i3 s have two cores and Gorai fives have four cores the number of cores equals and minus 1 where and is the number after the i, but it's not mobile core i5 have two cores and hyper-threading while desktop ones mostly have four cores and no hyper-threading, but what they all have in common is improved onboard graphics and turbo boost more about this feature here for temporary performance enhancements when your system needs a little bit more strong.

And with strong in mind core i7 number one all core i7 have hyper threading for heavy workloads and number two that's the noise your brain is gonna make as I finish my explanation here. A core i7 can have anywhere from two processing cores in an ultrabook all the way up to eight in a workstation.

It might support anywhere from two sticks of memory all the way to eight and it can have a TDP anywhere from around 10 watts all the way to a hundred and thirty watts. So there is a ton of variety here and that's for a reason core i7 tend to have more cache faster turbo boost and better onboard graphics than the lower tier processors and I guess other than that the best summary I can give is this. A core i7 represents the best thing Intel could build for a given use case with the biggest drawback being the higher price tag.

So when you boil it down that's all the i-whatever numbers represent good better best within a given segment beyond that on their own they're pretty much meaningless. The numbers and letters afterwards sort of means something if you use the guide from before but the safest way to shop is to dig around in arc and look at the features core counts and clock speeds of the CPUs you're comparing to figure out how they stack up with the good news being that as long as you compare within one brand and within the same product generation those metrics will actually mean something.