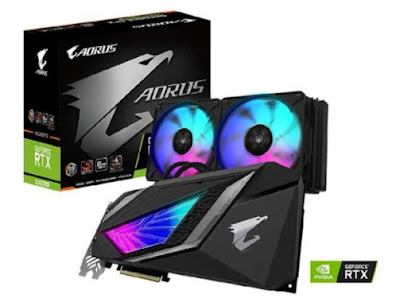 Best Gaming Graphics Cards For Every Budget - it is time for the first installment of 2020s top 5 best GPU series, and with the recent release of AMD's Radeon rx 5600 XT along with some updated pricing and even some drivers, it's time for anupdate in this series.

The idea of this article is to summarize all of our findings from our various in-depth benchmark article and reviews so summarize all information to date to help steer you towards the best buy at each price point. As usual there are five categories and they cover numerous price ranges, so there should be something for everyone so let's get to the picks.

At the time of making this article it is possible to buy an 8 gigabyte rx 580 for as little as $160 us which is a pretty incredible price for such a product, though to be fair a more typical asking price is around 170 to 180 dollars u.s. Meanwhile a gigabyte rx 570s come in at 150 dollars with 4 gigabyte versions selling for just 120 dollars u.s. And that's another great buy for those of you with a more limited budget, then we have the rx 590 that's at $200 u.s. so there are quite a few Polaris based options out there for $200 or less.

The New Kids on the Block include the geforce gtx 1650 super at $160 u.s. or the Radeon RX 5500 XT for $200 if you want the version with an 8 gigabyte vm buffer or $180 for a measly 4 gigabytes. The 5500 XT is a bit of a gimped GPU in our opinion given that it is limited to PCIe 4.0 x 8 bandwidth, not only does that make the PCIe 4.0 support completely worthless. But it means the card is potentially handicapped to install in a system that only features pcie 3.0 support which right now is the vast majority of systems especially for those buying entry-level GPUs.

Therefore if you're after power efficiency we recommend the GTX 1650 super 106 dollars u.s. but if you want the most bang for your buck right now and an 8 gigabyte memory buffer we recommend the RX 580 or possibly the 590. The 8 gigabyte version of the RX 570 isn't that great in terms of value, but if you want a cheap and still very capable graphics card the 4 gigabyte 570s are a steal at just a hundred and twenty dollars u.s.

So to recap the best low budget option is the 4 gigabyte rx 570, best power saving model is the gtx 1650 super and then the best bang for your buck is the aching about rx 580


Now for those of you able to spend between two to three hundred dollars u.s. there are a few options at the lower end of this price range. We have the gtx 1660 super which is competing with the RX 590 in terms of cost per frame that about the same. So the GeForce GPU is a little faster while the radeon GPU is a little cheaper. Outside of that the 1660s super uses less power, but the RX 590 has a little more vram.

It's a tough choice but of the two I'd go with the 1660 super for the power savings in that extra OC Headroom. Then for those of you wanting to spend around $300 u.s. there is the radiant rx 5600 XT and GeForce tx 2060, well some are TX 2060 models. This is a bit of a tough one and really it shouldn't be the 5600 XT is a little cheaper, it's also a little faster and a little more efficient.

Add all that up and you have what should clearly be a winner, however after recently pitting the two head-to-head I ended up recommending the RTX 2060, simply because of the driver issues AMD were facing at the time. Since then though amy has released an updated driver which addressed a number of the issues users were having and as far as I can tell a lot of the problems have been solved.

Moreover in articles $300 RT x 2060 founders edition graphics cards seem to be no longer available, they've been removed from the shop and the product page says out of stock and that's been the case for weeks now, for the most part the RT X 2060 looks to be a $320 US product, so about $30 u.s. more than factory overclocked AIB 5600 XTS.

So given the increased price of the RT X 2060 graphics cards and the recently improved drivers from AMD I'm going to reverse my previous decision and recommend the RX 5600 XT.


Okay so the rather large three to six hundred dollar price range is still locked down by AMD with their radar rx 5700 and 5700 XT, especially now that AMD appears to have ironed out those pesky driver bugs. To date I've completed a number of massive gaming benchmarks featuring the 5700, 5700 XT, RT X 2060 super and the 2070 super. So we have a very good idea of how these GPUs compare.

In short the 5700 XT is still at least $100 cheaper than 2070 super and when compared across a massive range of games at 1440p it was just 6% slower on average and that meant it was 14% cheaper per frame in our cost per frame analysis. The only reason you might consider the RTX 2070 super would be for 4k gaming but, even there the 5700 xt still offers more value despite being 9% slower as it cost 20% less. The 5700 XT also eliminated the RT X 2060 super offering more performance at the same price, while the vanilla 5700 offers 2060 super performance for around a $50 saving.

So in my opinion this one is pretty cut-and-dry get yourself a 5700 series graphics card.


Nothing's changed here, if you still have around $700 to spend on a new graphics card the GeForce rtx 2080 Super is what you're after mostly, because there are hundre other alternatives and please be aware you are going well beyond the point of diminishing returns. The 2080 Super is just 15% faster on average when compared to the 5700 XT yet it's priced 75% higher. So you're paying 52 percent more per frame and that is quite the hefty premium.

There's really not much more to say here the 2080 Super was the worst of the Super refresh at least in our opinion, and with no competition from AMD, Nvidia can clearly get away with charging such premiums.


Speaking of premiums, can I interest you in an RTX 2080 TI. A Year and a half since it was first released AIB cards are still priced $100 u.s. / MSRP, again you've got to love that complete lack of competition. Unfortunately for those with really deep pockets all options right now are Nvidia and the only choice for gamers seeking maximum performance is the GeForce r-tx 2080 Ti and yet it is certainly a beast of a graphics card offering around 20% more performance than the rtx 2080 super though it does also cost around 40% more as well.

So be aware of that and as I just noted the 2080 super is pretty horrible value, here you're paying about a hundred and seventy five percent more than the 5700  XT for 47 percent more performance at 4k that said it does enable a much higher quality 4k gaming experience. But if you are after a no compromise type solution for the ultimate 4k gaming experience, then I suppose get ready to part with at least $1,100 u.s. probably more like $1200 us if you want one of the more fancy versions such as the gigabyte, or extreme MSI gaming extra or the Asus ROG Strix for example.

And that brings us to the end of our picks and I have to say a year on things have changed quite a bit though I think it is fair to say that progress overall has been quite slow. March last year we recommended the rx 550 as the best entry-level GPU then the RX 570 and 580 as the best sort of mid-range options the gtx 1070 TI as the best high-end 1440p GPU and then of course the RT x 2080 show as the best extreme 4k gaming GPU.

More recently we have dropped the sub $100 category at the request of viewers as these GPUs really aren't much better than AMD's eye GPUs and with the rx 570 just a hundred and twenty dollars, it'd be crazy to spend $90 on an rx 550. So the sub $200 category is really won by both AMD and NVIDIA depending on your priorities.

For just over $200, I feel NVIDIA offers the best all-round option with the geforce gtx 1660 and then at $300 the r-tx 2060 is an attractive option if you can find one at that price. Which seems less and less likely as time goes on making the real attraction here AMD's rx 5600 XT. Then from three to five hundred dollars it's all AMD in my opinion, but beyond that it's clearly all Nvidia AMD doesn't even exist at those price points.

So the competition between AMD and NVIDIA is slowly very slowly building up, but if AMD manages to keep on track and deliver some of the promises they've made for this year then yet we could have a very interesting Best Gaming Graphics Cards For Every Budget towards the end of the year so fingers crossed for that.